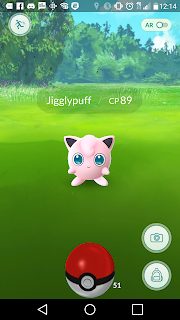 Pokemon GO asks you to put both your legs and your phone's battery to the test. Can you catch 'em all? The short answer is yes. My answer is yes, but why?

For me, Pokemon GO poses the question and gives you the tools but it doesn't provide you with any instructions on how to use them. Your goal is to collect, train, and battle Pokemon by going outside and walking around to find them near real-world landmarks. The game is decidedly different the traditional Pokemon games from Nintendo/Game Freak which is new and refreshing yet also different and at times confusing. The simplified approach to the Pokemon universe makes Pokemon GO a great pick up and play game for younger players. The end-game faction battles and leveling up progression will reward more dedicated players.


Turning your phone into an actual Pokedex is awesome but Pokemon GO comes with a long list of cons...


All the cons aside, Pokemon GO has lots of potential and hopefully after a few updates to address the battery, stability, and server issues it will be a lot more fun to play for weeks and months to come.


As Usual:
Shout out to eod89d for also joining Team Valor!