After a week hiatus, we bring gifts of audible awesome.

It was the week of E3 and all through the house, all the joysticks were stirring, including the mouse.

Alas, no blogs were posted, no videos exported; however, an episode was somehow recorded.

There is a podcast in the wings, its full of news and awesome things.

We hope to see you when its done. We hope to hear you join the fun.

A post per weak ain't so easy, double trouble when you're weary.

In the future we'll surely speak, From Rob and Sherry... cya next week. 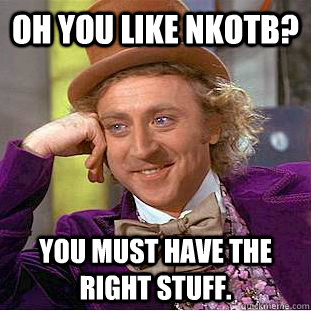 Hooray for June! Summer is almost here with the sunshine and thunderstorms. School is still in for the kids, sucks to be them.

Funny:
So, we have to lead with cat videos. Yes, they're as hilarious as you think. Also, whoopie cushions taken to the extreme. Enjoy.


This is why Sherry hates slides that use inner tubes at water parks... I give this turn 2 thumbs up.


News:
As we welcome in the first few days of June we wave goodbye May, the most deadly month for Baltimore City in 40 years. The Mayor, Stephanie Rawlings-Blake finally chimes in.

Gaming:
Rob played some Destiny, terribly. Also, E3 is coming in a few weeks... so be prepared for the onslaught of game news. Sherry is excited for Mass Effect 4(?), Rob is hyped for the next Need For Speed game. We will see who "wins" E3 this June 16th. Also, the Good Old Games (GOG) Summer sale is going on now. Not much to write home about yet especially since we haven't even tried GOG Galaxy either.


Podcast?:
Wouldn't it be cool if we had a more regular podcast schedule? It's something we are looking into, in the midst of all the other crazy things in our lives right now. A revival of The Official DigiKast with the original dream team of Rob and Sherry, completely overhauled and indifferent about all the life and tech news that's fit to shake a finger at... keep it locked right here for updates.

As Usual:
Shout out to... Mike, our Nielsen TV Ratings tech. For 2 years he was awesome, we will miss him as we move on from the service. Thank you.

Posted by Robert at 5:00 AM No comments: