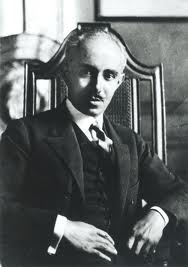 Julian Francis Abele (1881-1950) was an architect who designed hundreds of important buildings without receiving due recognition during his lifetime. He was the first African American student to graduate from the University of Pennsylvania’s Department of Architecture, and is revered today as the premier black American architect.

Abele was born in Philadelphia on April 21, 1881, to Charles Sylvester Abele, a milliner, and Mary Jones, a washerwoman. The eighth of 11 children, he grew up in a household that demanded high standards from its members. Abele and his siblings were expected to become educated, marry well, be successful in business, and carve out a respectable place in Philadelphia’s black community. Philadelphia was a relatively progressive city at the time, with multiple generations of free African Americans and Quaker schools devoted to black education. One of Abele’s mother’s ancestors was Absalom Jones, the co-founder of the Free African Society and the first black Protestant Episcopal minister. When Abele reached the age of 12, his father died. He subsequently attended the Institute for Colored Youth, a Quaker-based school. At the Institute for Colored Youth, Abele excelled in math, winning a $15 prize. He was asked to deliver the commencement address for which he gave a speech entitled The Role of Art in Negro Life. Abele continued his education at the Brown Preparatory School, and then the Pennsylvania Museum and School of Industrial Art where he received a Certificate in Architectural Drawing in 1898. He also won the Frederick Graff Prize for work in architectural design. Abele continued his scholastic endeavors at the University of Pennsylvania where he earned a B.S. in Architecture in 1902.

Abele made his first significant designs soon after, for a memorial gateway at Haverford College and a commemorative tablet for the University of Pennsylvania. Through 1903, he furthered his studies in architectural design at the Pennsylvania Academy of the Fine Arts, though he already was considered one of the most skilled architects in Pennsylvania. Throughout his academic years, he was awarded numerous prizes and exhibited his drawings to much acclaim. His intelligence, acumen, and work ethic earned him the nickname “Willing and Able.” In the evenings, Abele worked for the notable Philadelphia architect Louis C. Hickman. He showed his designs at internationally renowned exhibitions including the Architectural League of New York, the Toronto Architectural Club, and the T Square Club in Philadelphia. In 1903, Abele left
the Hickman firm and traveled for the next few years. He designed a house for his sister in Spokane, Washington, before going to Europe. There are contradictory reports as to whether or not he studied in Paris at the Ecole des Beaux Arts and the Sorbonne. His name does not appear in school registries, but he may well have studied informally with his European peers. In any event, Abele’s future designs were greatly influenced by both French and Italian architecture.

On his return from Europe in 1906, Abele caught the attention of the Horace Trumbauer firm, one of Philadelphia’s most prestigious architecture practices. He accepted a position and worked there for the remainder of his illustrious career. In 1909, the still youthful 28-year-old Abele was promoted to chief designer at the Trumbauer firm. That same year, he designed a 17th century French chateau-inspired mansion on Fifth Avenue and 78th Street in New York City that was considered the most expensive residence on Fifth Avenue at the time, and is currently the Graduate Institute of Fine Arts at New York University. Republican and religious, though he did not attend church, Abele was a private man. In 1925, he married a white French woman 20 years his junior, Marguerite Bulle. They had three children: a son, Julian, Jr., a daughter, Marguerite, who died at age five from measles, and a second daughter, Nadia. Abele enjoyed the symphony, the opera, wine, and football games. He made a good living as an architect despite 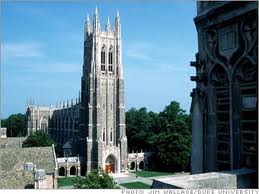 being underrecognized during his life. Abele and his wife separated in 1933. While Abele designed many important American buildings ranging from residences and commercial buildings to educational centers and museums, he rarely received credit as the primary architect due to his race. The Trumbauer firm was recognized as the general design team, not Abele himself. Among the significant buildings he personally designed are the Widener Memorial Library at Harvard University, the Free Library of Philadelphia, the Philadelphia Museum of Art, and the entire Duke University campus. The Duke University project spanned more than a decade, and helped Trumbauer and Abele weather the stock market crash in 1929. Though his portrait now hangs at Duke, Abele was never able to set foot on the campus he designed due to segregation. And he was not elected to the American Institute of Architects until 1942, even though he had been one of the country’s leading architects for four decades. On April 18, 1950, Abele died from a heart attack.

Free Library in 2002. Through these moments of recognition, Abele has posthumously come to be acknowledged as a master architect. He was involved in the design of some 650 buildings throughout the country, and is now considered one of the most
talented architects of the early 20th century. His revival building designs renewed historic styles within the American landscape and architectural traditions. Abele was a pioneer African American architect, and remains an inspiration in a profession where Blacks are still a minority.