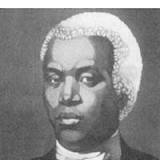 Benjamin Banneker (1731 1806) overcame the hurdles of racial prejudice and a disadvantaged childhood to become a self-taught surveyor, clock-maker, mathematician, and astronomer. He published a highly regarded almanac, and earned the respect of prominent colleagues in the federal government. He thereby served as an important exemplar of the fundamental equality of the races, the talents of African Americans, and the need for improved treatment of slaves and free Blacks.

Banneker was the grandson of an indentured white servant from England, Molly Walsh, and an African slave named Banna Ka. After serving her term of indenture, Walsh bought a farm and two slaves along the Patapsco River near Baltimore, Maryland. She freed both slaves, and married the one who came to be known as Bannaky. Of their children, a daughter (Mary) bought and freed a slave in her turn (Robert), married him, and bore Benjamin along with several siblings. 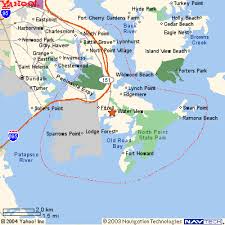 Work on the family farm (known as “Bannaky Springs” for its abundant fresh water springs) was demanding,
and Banneker took part as soon as he was old enough to contribute. Benjamin’s father (possibly with the precocious boy’s assistance) developed an intricate system of irrigation ditches and dams, which produced excellent tobacco crops even in times of drought.

His grandmother, Molly, taught Banneker to read at home by means of her Bible. Subsequently, a Quaker schoolteacher settled in their valley and opened a small school for boys. Banneker attended for a limited period of time, learning to write and to do simple arithmetic.

The seminal event in the development of his remarkable mind took place in 1752. At the age of 21, Banneker saw a pocket watch for the first time, and became so fascinated with the device that its owner 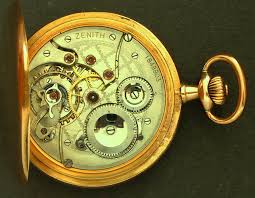 gave it to him. The young man disassembled the watch, piece by piece, in order to discover how it worked. Thus inspired, he carved a complete set of parts out of wood, including precisely milled gears, and built a clock so accurate it struck every hour for 40 years. This was the first striking clock built entirely in the United States.

His achievement led Banneker to a successful watch and clock repair business, and to a friendship with members of the prominent Ellicott family. He helped the famous Maryland industrialist Joseph Ellicott to build a complex clock, and the brothers Ellicott lent him books on mathematics and astronomy, and instruments for observing the stars. Using these, Banneker taught himself advanced mathematics and astronomy, often staying up all night wrapped in a cloak outdoors, or in his “study cabin” making observations through a window in the roof. Based on his observations, he published his Benjamin Banneker’s Pennsylvania, Delaware, Maryland and Virginia Almanack and Ephemeris in 1791, with complete astronomical and tide calculations and weather predictions. He would continue to publish this almanac for years. He successfully predicted the solar eclipse of 1789, contradicting the forecasts of prominent astronomers.

Banneker sent a copy of his first publication to Secretary of State Thomas Jefferson, with a letter calling for the abolition of slavery and improved attitudes toward Blacks. In it, he also explained that he “…had long unbounded desires to become acquainted with the secrets of nature. I have had to gratify my curiosity herein through my own assiduous application to astronomical study, in which I need not recount to you the many difficulties and disadvantages which I have had to encounter.”

Jefferson, a slave-owner and outspoken supremacist, was sufficiently impressed by the achievement to write back to Banneker: “No body wished more than I do to see such proofs as you exhibit, that nature has given to our black brethren, talents equal to those of the other colours of men, & that the appearance of a want of them is owing merely to the degraded condition of their existence….” The almanacs proved to be a useful tool for opponents of slavery in the United States and Britain.

Banneker was then called on to join a three-man team charged with surveying the “Federal Territory,” now known as the District of Columbia. According to some sources, the directive came from George Washington; others cite Major Andrew Ellicott, cousin of one of the brothers. What is known with greater certainty is that Pierre L’Enfant, the architect in charge of planning the capital center, was suddenly removed from the project due to his irascible temper. On leaving, L’Enfant took the project plans with him. Banneker, in a prodigious mental achievement, recreated the plans from memory and allowed the project to continue. 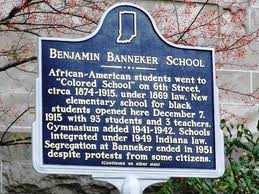 While his research, observations, and scientific curiosity continued, Banneker stopped publishing his almanac due to poor sales in 1802. He subsequently published a treatise on bees, conducted a mathematical study of the 17-year locust, and became an active supporter of the antislavery movement. He died on October 9, 1806.